Tony is from San Jose, California. He attended and played baseball at Valley Christian High School under Head Coach John Diatte. During his time at VCHS, Tony won a CCS Division II Championship while being voted an All-League and San Jose Mercury News First Team All-CCS honoree. After starring at VCHS, Tony went on to start his college baseball career at Mission Junior College. His sophomore season, he was selected as both a unanimous 1st Team All-League honoree, as well as earning Junior College All-American Honors.

Tony later transferred to play at NAIA powerhouse Oklahoma City University in 2003. While at OCU, he was a 2-time All-Conference selection (2003, 2004) and earned NAIA All-American Honors in 2004. He went on to play professional baseball from 2004-2006 with the Seattle Mariners, Richmond Roosters (Frontier League) and the San Angelo Colts (United League), where he was named an All-Star. His individual baseball accomplishments speak for themselves.

Tony’s passion for baseball and working with youth athletes prompted him to open South Bay Sports Training in 2007. Since opening South Bay Sports Training, Tony’s impacted thousands of youth baseball and softball players with his unique coaching style and enthusiasm for the game.  As owner of SBST, Tony takes special pride in helping put together one of the best and most qualified coaching staffs in California. Tommy Cardiel was born in Santa Clara, CA and raised in Milpitas, CA. He attended Milpitas High School where he starred at both football and baseball. At MHS, he was named Freshman Athlete of the Year, All-League in both football and baseball, team MVP of the baseball team as a junior and a senior, while also getting voted Athlete of the Year his Senior season. After his career at Milpitas HS, Tommy went on to play baseball at San Jose City College.

His freshman year at SJCC, Tommy was a starter, primarily on the infield.  During his sophomore season, he was moved to the outfield and led his team in stolen bases.  Tommy went on to transfer to NAIA Concordia University (CA) as a utility player.  Coach Tommy’s flexibility and versatility as a player has helped increase his knowledge and has given him an advanced ability to teach all positions on the field. After his playing career, Michael began coaching at Saratoga High School as a junior varsity Head Coach.  After two seasons with the JV, he began working as the pitching coach for SHS.  During the summer seasons, Chavez coaches the South Bay Legacy (Trosky-Kali Baseball’s collegiate team) who have won multiple Palomino Zone and Super Regional Championships, while winning the 2015 Palomino World Series in Compton, CA.  Currently, Coach Chavez is currently coaching at Valley Christian High School. 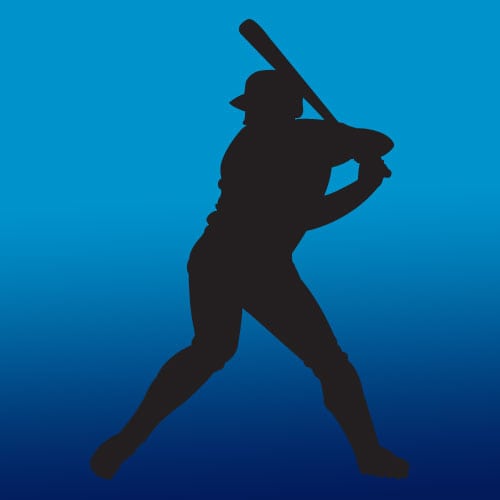 Attended University of Mary as an outfielder

After his playing career, Andrew went back to Valley Christian to coach. During his coaching stint at VC he won two more CCS championships with the Warriors. He went on to be the Head Coach at King’s Academy in Sunnyvale before returning back to VC winning (3) WCAL Championships, (2) CCS Open Division Championships, (1) National Championship 2017-2019 Signed as a free agent with the Richmond Roosters

Adam played high school ball for Saratoga High School, earning both Pitcher of the Year and Most Valuable Player awards in 2000. He then attended Mission Junior College, where he led the team in wins, ERA, and strikeouts during his two years. He attended NAIA powerhouse Oklahoma City University on an athletic/academic scholarship, graduating in 2005.

During his two years at OCU, the team posted a 140-19 record. In 2004, Adam was a member of OCU’s National All-Academic team, which finished #2 in NAIA national rankings. In 2005, Adam led the team in saves as OCU won the NAIA National Championship. Also in 2005, Adam signed a professional contract with the Richmond Roosters of the Frontier League, where he finished with a 7-2 record. Since then, Adam has coached numerous teams in California and Oklahoma, and provided personal coaching to hundreds of players who went on to college and professional baseball (including three first-round picks).

He is currently the varsity Head Coach at Saratoga High School. In his four years, he has produced a .600 win percentage and three trips to the CCS playoffs. His 2013 team won the De Anza League Championship for the first time in school history, and his 2014 team repeated as champs.